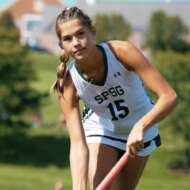 U14 National Futures Championship Selection Region 7
Selected and Attended Sport Euro Tour Camp, Amsterdam
Ranked 16th out of 150 players for goals scored in U14 JPIL with 13 goals in 12 games

Disney Showcase, 13th Overall out of 55 U16
Shooting Stars Thanksgiving, Pool A, Tied for 3rd U16
National Indoor Tournament, Pool A, 3rd U16