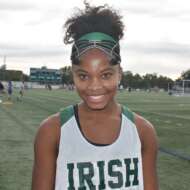 U16 Level One Futures
U.S.A. U16 Womens National Team