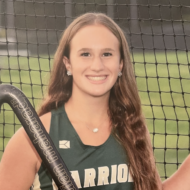 I was a second year starter in the forward position. Our team finished 19-2 only loosing in the PIAA 1A state semifinals and to the state champions earlier in the season. I scored 16 goals and had 5 assists. I was named all conference.

As a Freshman I was a starter on a top 4 single A division team. I played in both the forward and midfield positions. I scored 9 goals and has 2 assists.

Chosen to participate in Nexus and the selection camp. While participating in high school track on the 4x8 relay team, we won the district championship. We went on to states and placed 9th in District 2 AA.
Due to this schedule I was unable to continue on with the Nexus program.

This year I was chosen to participate in Nexus. I was originally placed in the Aspire group. After the second week I was moved up to the Perform group and
in the final week I was invited to the selection camp. Through my constant progress I was considered an alternate and was asked to participate in the championship game. Unfortunately, because of the very late notice, I was already committed to a camp with several college clinics where I was able to connect with coaches.

I was chosen for a local Futures site, but due to Covid it was canceled.

U16 indoor with Electric Surge,
RCC, Shooting Stars, and several other tournaments including NITs.