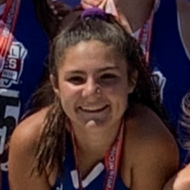 U12 NITs
U12 Summer Bash at the Beach