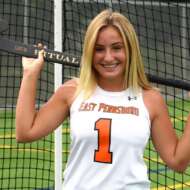 Listed as a top newcomer for High School team