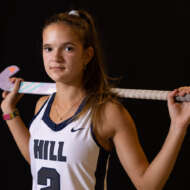 Played Varsity as a Sophmore