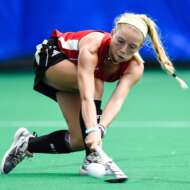 Spring 2021 Season (covid):
-First Team All-County selection as a Freshman, May 2021
-MAX Field Hockey’s “Top 100 Players to Watch” from the Class of 2024 (April 2021)
-Varsity Freshman starter and recognized as the "Freshman to keep an eye on up top" in the Baltimore Sun.
-Led the varsity team in total points
-Howard County Runner ups for Division A (7-3)

-U14 National Futures Championship Selection Region 7
-Awarded Tournament MVP U16 Sport Euro Tour Camp, Amsterdam (as a 13 yr old)
-Ranked 3rd out of 150 players for goals scored in U14 JPIL with 24 goals in 12 games