With the Junior Pan Am Hockey Championships just a short few weeks away, we thought it was a good time to examine just what attributes a young hockey player needs to become an elite performer. What is that special something that players such as Delfina Merino, Sukhi Panesar, Javiera Villagra or Stephane Vehrle-Smith have in abundance that has made them standout since they first picked up a stick?

The answer to that question is complex. There is no one type that fits the bill, but in discussions with a number of coaches from both the Pan American region and from around the world, we can come up with some qualities that are most definitely needed by the modern hockey player.

For Trinidad and Tobago star player and top coach, Kwan Browne, the number one attribute is attitude. Talking about his experiences as both a club coach and an international coach, Browne said: “We set high standards and we expect full commitment from our players. There can be no occasions when players do not turn up, or the big players decide they don’t want to play – it must always be full commitment from everyone.”

Alyson Annan is head coach to the world number one women’s team, the Netherlands, and a former leading light of the Australian women’s team. As a player she won gold at the Sydney Olympics; as a coach she has taken charge of some of the top male and female players in Europe at both club and national level. She identifies three types of player she has to work with. “There are those that are talented and motivated, mostly you just let them get on with it. Then there are those that are not so talented but they work hard, you can help and work with them. The third group are the toughest group – these are the players that are not so good but also do not have the desire to work hard, now they are the difficult ones. You can coach skills, attitude is not so simple.”

So the right attitude and high levels of motivation are two qualities that young players must possess in abundance if they are to make it to the top, but we can assume that the players who will be representing their countries in Tacarigua and Toronto are both committed and motivated, so what else are we looking for?

Steph Andrews is coach to the Canadian women’s junior team. She has this to say about the attributes required of talented young athletes: “Mental attitude and coach-ability are key to team culture and a huge selection based area that coaches look for in today’s game.

“But in addition, athletes in the modern game need to have a range of physical attributes. These include a good aerobic base, speed, agility and strength. Athletes across the field need to have these attributes.”

As any follower of the game will know, high levels of speed and stamina are two attributes that modern hockey players have in abundance. For example, are there many sports where the field players are expected to run an average of 11 kilometres during a 60 minute match, including within that time a number of explosive sprints; some energy-draining changes of direction; and some powerful arm movements as the ball is flung/pushed or hit at upwards of 90 kilometres an hour at the goal?

Providing the evidence of these fitness demands, sports scientists at Loughborough University – one of the top sports universities in the world and innovation partner to the International Hockey Federation (FIH) – have spent hours poring over video material from the 2014 Hockey World Cup and looked at two main qualities: namely, the distances run during a match, and the intensity maintained while running. They then compared these to other invasive team sports, in this case rugby 7s and football (soccer).

They found that on average, field players in hockey cover more metres and work at a higher intensity than either footballers or rugby players. That’s right, even your favourite football players apparently don’t cover as many metres as hockey players. If you’re wanting to look for more facts about your favourite players, such as Ronaldo, click here. And that doesn’t just happen – it involves hours of training, as USA hockey player Paige Selenski highlighted in a recent issue of ESPN magazine. “It’s not like I woke up one day and I had a really athletic body and ripped-up abs. I was lucky that I was naturally gifted with an athletic body, but I also put a lot of work into it. It just comes with running and all the things I do to stay in shape, I use my body every day for my job. We constantly put our bodies through pain.”

Back to the science. In an average pattern of play, the three team sports of football, rugby and hockey all incorporate sprinting, jogging, walking and periods where they stand still. As all great athletes know, this will require a lot of training practice, and without it, it will be much harder to complete the tasks without getting out of breath or getting tired. So, to make the most of these training sessions, wearing the best and comfiest men’s workout pants will help to give you an advantage when it comes to game time. But the motions stated above are all an integral part of the gameplay. The data from video action reveals that where a rugby 7s player will cover an average of 94 metres in a minute, a footballer covers an average of 125 metres in the same time frame, while a hockey player outruns them all with a huge 140 metres per minute. Remember, this includes all actions, jogging back after a sprint, or running flat out to chase down opponents and set up attacks.

But, a player can be the fittest person on the pitch but if he or she doesn’t have the skills to match, then all that training effort will be in vain. At junior level, it seems that coaches around the world are looking for one thing – getting the basics right. Australia women are ranked two in the world, with high quality players coming through the national age groups, but head coach Adam Commens is looking for just one thing in his young players: “A really good first touch and being able to execute this under pressure. It drives me crazy seeing kids wanting to throw overheads, Tomahawks and attempt drag flicks before they have mastered the basic core skills. These advanced skills are required in the modern game, but they must be developed over time.”

So far we have identified attitude, fitness and skills as three of the qualities needed on the pitch; our last quality is an elusive one – the ability to read the game. This is something that has been the centre of debates at coaching workshops and conferences for years. Is reading the game coachable or is it an innate skill that cannot be learned? Some coaches describe this quality as the ability to know what is going to happen two passes in advance; these are the players who make skills appear effortless and seem to have all the time in the world.

Such awareness, or physical literacy, can be seen across the pitch. It is the moment the goalkeeper makes a decision to dive to his left and make a tricky save appear easy; it is the run that the forward makes that just opens up the space before her; it is the interception that the defender makes that prevents an overload by the attacking team.

A paper published by Dr Daniel Bishop, a sports scientist from Brunel University in London, England, put forward a very strong argument to suggest that the ability to read the game came from a combination of innate skill and experience. He devised an experiment to show that those players with greater levels of games experience were more likely to be able to guess what would happen next within a match situation.

Argentina U21 men’s coach is Mariano Ronconi. He is a firm advocate of extending his young players’ experiences: “We have a lot of interaction between the senior and the junior teams. We train together to make sure there is a smooth transition between teams, and the experience they gain is vital for the juniors when we start mixing them with the seniors.”

Which makes our final requirement for a top player a very simple one – access to consistently high quality training programmes delivered by highly skilled coaches. It is a point that Steph Andrews stresses: “I believe that coaching has to evolve to accommodate today’s generation.” 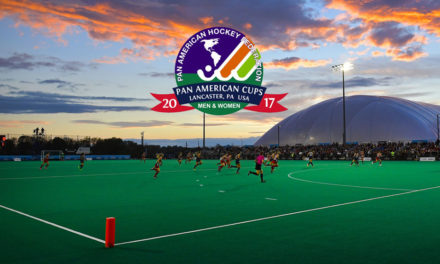 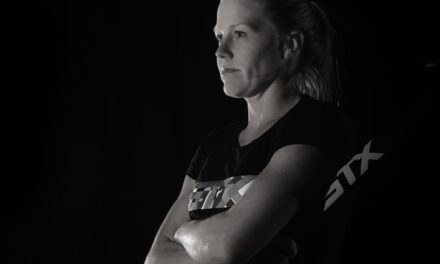 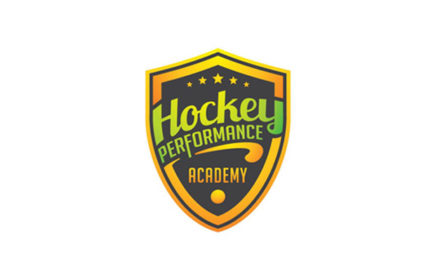