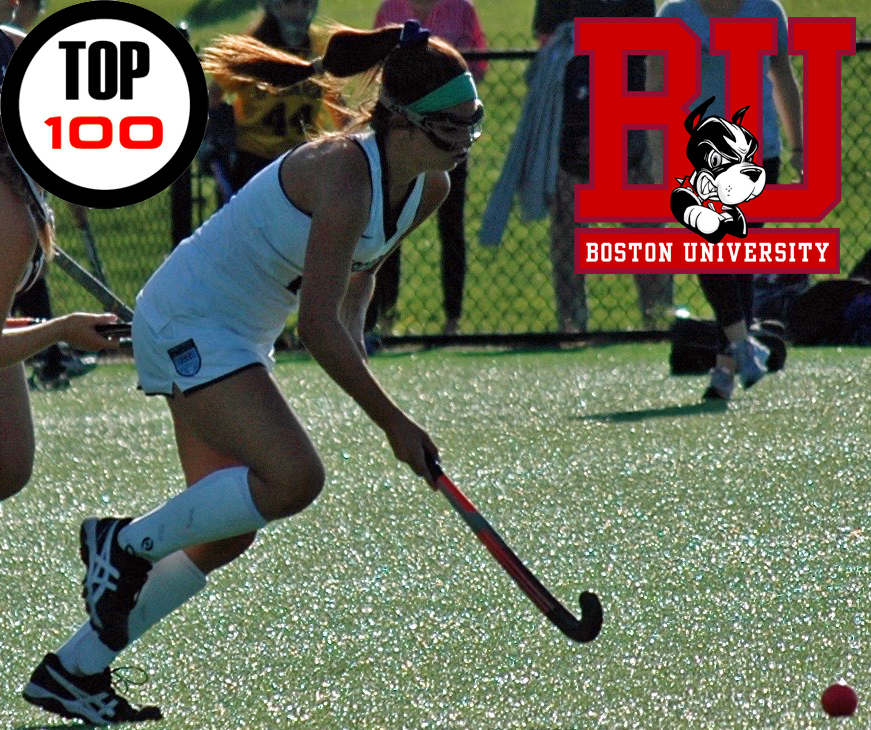 WHAT WILL YOU MAJOR IN/STUDY?  Biology- Dental

WHY DID YOU CHOOSE BOSTON U?  “I chose Boston University because of the balance between competitive field hockey and strong academics. As soon as I visited the school I fell in love with the city campus and the field hockey program. The strong connection between Coach Starr and the coaching staff with the players was really important to me. I personally felt that being a part of this team would help me advance as a player and excel in the classroom. I couldn’t be more excited to be a Terrier!”

ANYONE YOU WOULD LIKE TO THANK?  “I would first like to thank my parents for encouraging me on and off the field and supporting me through the process. I would also like to thank my club coaches, Richard, Jun, and Jaja Kentwell, Guy Cathro, and Mark Foster, and my HS coaches, Regina Buggy and Amanda Vostrache for pushing me to be the best player I can be and providing me with great training throughout the years. Thank you to all my family and friends who motivated and cheered me on all these years.”